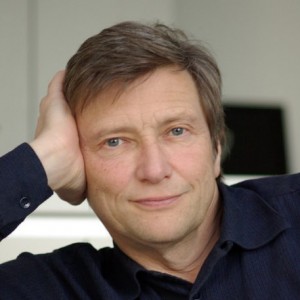 Peter Donebauer graduated from the Royal College of Art, London, specialising in Film, Video and Photography. He was a pioneering artist in the UK in the Seventies and early eighties, working with video in colour with musicians fluent with electronics. His unique work, which included improvisational, non-representational and spiritual emphases, was funded for several years by the Arts Council of Great Britain, the British Film Institute, and the Calouste Gulbenkian Foundation. He had the first video work commissioned and broadcast nationally in the UK by the BBC in 1974 and had the first conceptual album commissioned by EMI for videodisc in 1981. Peter built an image-processing synthesiser, the Videokalos, to extend his work beyond colour studios and performed live at Ikon and ICA galleries with his group VAMP (Video And Music Performers). His works have been widely shown in the UK and internationally, including the “Century of Artists Film” at Tate Britain. Peter was led to the creation of his early works by a liminal transformation following a period attempting to reconcile direct spiritual insights with a training in pure and applied sciences. He later went on to co-found and run one of the UK’s most respected factual independent televison production companies – Diverse Production Ltd, and after this period of media entrepreneurship he has recently returned to a full-time role as an artist.